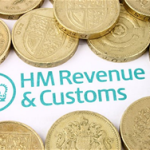 Austerity has extracted the last vestiges of “compassion” from conservatism, distilling what remains into policies so poisonously unfair they have led people unable to cope with the bedroom tax to suicide and self-harm, while thousands more are forced to choose between heating and eating.

For those who want to see a market-driven economy with a bit more heart, Labour would seem to provide the answer.

The minimum wage and working tax credits, key New Labour reforms, have offered some small protection to the lowest paid workers from the full brunt of market forces, which unrestrained will seek to drive down wages as far as possible.

But the minimum wage, at £6.31 an hour, is not enough to meet the basic needs of Britain’s working people. Harder still for struggling families in London as rent rockets, energy firms hike their prices far above inflation, and the cost of living soars.

Working tax credits are a life line to people on the bread line. Around five million people claim working tax credits, costing £6billion a year. This is a cost the taxpayer shoulders because we rightly accept that the tax system should be redistributive, that those who earn a little more should help those in more precarious positions. This is a cornerstone of social democracy.

But working tax credits effectively subsidise big corporations to exploit poor people. Companies don’t pay their workers enough to live on, so the government tops up their wages, easing the pressure on employers to pay employees fairly.

Enter Ed Miliband. Rightly identifying a cost of living crisis in Britain, his answer is to introduce a voluntary living wage, offering tax rebates to companies paying their employees £7.35 (£8.80 in London).

In itself, this is a step forward for the poorly paid. The more employers paying the living wage, the better. The Guardian reports 432 employers have signed up to pay the living wage, which is a substantial increase from 78 last year and could be further boosted by Miliband’s proposal.

However the rebate will add yet more complexity to an already over-complicated tax system riddled with loopholes. Moreover, it does not escape the fundamental problem. That the state will continue to subsidise corporations to exploit workers.

Let’s make the living wage the mandatory minimum wage. Let’s lift millions out of tax credits and save £6billion. Let’s increase productivity and job satisfaction. And let’s stop subsidising some of the world’s biggest companies to exploit some of Britain’s poorest people.

The small family-owned cafes and niche bookshops – which are always championed as the losers under the living wage by the leaders of much bigger businesses so touchingly sympathetic to the plight of the little guy – can still be supported through the tax system. Reverse the Tory trend towards equalising corporate tax rates for small and big businesses, push rates back up for large companies and lower them for smaller ones, and slash VAT to boost the high street.

This article was originally written for The Huffington Post