HMV goes into administration because of tax avoidance 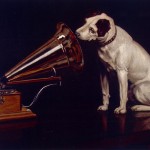 Sad news for dinosaurs like me who still like their music on little round disks that double as frisbees and mirrors, but HMV has gone into administration.

No doubt the company has been beset with financial woes, but what few people seem to be reporting is how much the fall of His Master’s Voice owes to tax avoidance. In particular a little loophole the British government shut down in April last year called low value consignment relief (LVCR).

LVCR was originally introduced in 1983 when EU member states had customs borders to ease the transit of low-value samples, such as artwork and manufacturing parts, between jurisdictions by exempting them from VAT.

When the customs borders came down in 1992, LVCR had little use except for goods entering the EU. But with the advent of the internet and the mass expansion of mail order, the close proximity of the extra-EU Channel Islands provided the perfect loophole for large retailers selling to UK customers to avoid paying VAT.

HMV refused for some time to follow its competitors to the Channel Islands, but eventually it was forced to follow suit.

HMV said off the record that LVCR was damaging their business but it wasn’t confirmed publicly until former Chief Executive Simon Fox did an interview in February 2012 with MCV in which he slammed “idiotic” tax dodging.

“When HMV.com moved to Guernsey they initiated a price war with Play.com,” Richard Allen, co-founder of Retailers Against VAT Avoidance Schemes (RAVAS) told me today. “For over five years HMV undercut their own shops in the interests of market share. It doesn’t take a genius to work out that VAT avoidance was a major factor in the demise of bricks and mortar.”

Allen, whose own record business was forced to close because bigger competitors who could avoid VAT were undercutting him, says most record buyers equated HMV shops with “expensive” due to the fact their shop prices included VAT.

“Whilst HMV clearly had problems as a result of a general decline in sales and the growth in internet retail I think it’s fair to say that HMV is a casualty of tax abuse,” Allen said. “Tax abuse has made online more attractive due to the huge disparity in pricing. This is an issue the industry doesn’t like to discuss because everyone is at it and, as we have seen, even those companies who are damaging their own retail base!”

If Allen is right and HMV’s administration can be put down to VAT abuse schemes, then it is clear that the victims of tax avoidance are not just third world kids, public services and our NHS.

Business should be angry too!

6 thoughts on “HMV goes into administration because of tax avoidance”