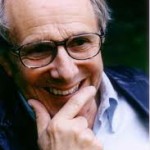 The SWP – one of the most successful organising forces on the British left over the last few decades – is close to death, its good work sacrificed on the altar of the cult a flawed model of democratic centralism created.

I will spend no time mourning for there is no time to mourn. The left must not slip further into recriminations, sectarian squabbling, backbiting and bloodletting. Every second that it does is another second the rest of the country doesn’t care.

Do the vast majority of working class people think it’s terribly important what Lenin said to Trotsky in 1917? Or are they more concerned about wages, housing, education, healthcare, cuts and simply surviving the government’s onslaught on their lives? It’s time to put aside the obscure ideological differences of the past and unite on what matters to people.

There are already broad campaigns against the cuts which draw together activists from across the far left, Labour and the Greens.

But when the demonstration is over, when the placards have been put down, do we say to people you have no choice but to vote Labour because it’s the best you’re going to get?

The collapse of the SWP and the failure of RESPECT do not take away from the fact that there is a vacant space to the left of Labour and an urgent need to fill it. Firstly as a campaigning force against Tory austerity. Secondly to represent a class abandoned by the neoliberal husk Blair and Brown turned a gutted Labour Party into. Thirdly to act as a gravitational pull, supporting socialists in Labour to help steer it back to the left.

As Ken Loach told the Evening Standard last week: “We desperately need a new movement … What UKIP has done for the right, we need for the left!”

If this new movement is to emerge, it cannot be a temporary electoral alliance, a patchwork of the tiny Trotskyite groups sewn together in a banner hung out for the General Election and then put in a cupboard again while its constituent elements focus on building their own organisations.

It has to join peoples’ everyday struggles; it has to matter to their everyday lives. It must stand with them, not on top of them; speak with them, not down to them with high theory. Only then will it win the right to ask them for their votes come election time.

Many dedicated socialist activists will have suddenly found themselves homeless in the last few days. But the death of the SWP does not have to spell the death of the left if we put aside the 10% of obscure ideological differences on which we disagree and unite around the 90% of what matters to us and what matters to the most disadvantaged people of this country.

Ken Loach has made an important call and the Left Unity project has opened up the discussion around it. Now it is the task of all socialists to ensure we can do all we can to protect the vulnerable from austerity by coming together to make a difference.

That is why I have signed up to support Ken Loach’s appeal.