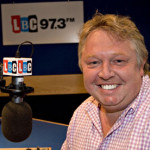 In a bid to shore up his right flank from the UKIP onslaught, David Cameron is once again suggesting the Tories could pledge to raise the inheritance tax threshold t the next election. It’ll be a popular measure for owners of the 3% of estates which actually pay the tax, but does it actually matter to anyone else? It will cost the Treasury £3 billion a year, which will invariably be made up with further cuts that only hit the poor hardest. If we’re all in it together, then raising the inheritance tax threshold from an already lofty £650 million for a couple seems like a pretty low priority to me.

I was last on LBC discussing inheritance tax a month ago, desperately trying to deflect a barrage of highly emotive arguments from Iain Dale with a shield of statistics. So it was with some trepidation I agreed to go on Nick Ferrari’s show at an ungodly hour this morning to discuss Cameron’s latest plans.

You can listen to the full interview here