Why you should consider the Fair Tax Mark 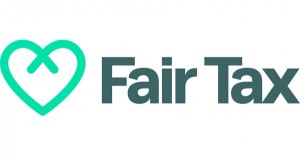 It would be an understatement to say that many large corporations have found their reputations dragged through the mud over their tax affairs.

Google’s laudable pledge of “don’t be evil” backfired when British parliamentarians led by the combative Margaret Hodge decided that the company’s tax arrangements came across as just a little bit too evil for their liking. Much of Starbucks’ good work building up a positive corporate social responsibility profile over sustainability and support for fair trade products was undone when it was revealed to have paid no tax for 14 out of the 15 years it had been operating in the UK. The scandal and subsequent boycott threatened to hit Starbucks’ sales by 24% – according to researchers at Manchester Business School – and caused it to promise to make a voluntary tax contribution.

The public are up in arms. Governments are cracking down. What companies need is a good tax story. And that’s where the Fair Tax Mark comes in.

Launched last month, the Fair Tax Mark seeks to be to corporate taxation what the Fair Trade Mark is to coffee and cocoa. It rewards companies for good tax behaviour. It is a badge of honour for companies shown to be acting within the spirit of the law and eschewing tax havens.

How much tax a company pays is not the overriding factor. After all, there are perfectly legitimate reasons why a company may pay no tax in a given jurisdiction in a certain year. Losses and reliefs, for example. Instead the Fair Tax Mark judges a company on its tax policy, its transparency and its accountability.

The Mark was launched in the UK with the backing of the Midcounties Co-op, Unity Trust Bank and the Phone Co-op. As such, it’s a modest start – when it comes to corporate social responsibility, these companies are very much among the usual suspects. But the Mark’s makers hope over time it will be taken up much more widely.

The saying used to go that there is “no such thing as a good tax story”. The Fair Tax Mark is a chance for multinational corporations to grab the bull by the horns and change that. If the media won’t write you a good tax story, you can write your own. The most successful businesses know how to turn crisis into opportunity. Companies are facing their greatest ever crisis over tax and PR. And their greatest ever opportunity.

My editorial from the latest issue of International Tax Review