Appearance on Voice of Russia: The social cost of tax havens 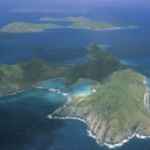 A massive leak exposed in the Guardian yesterday by the International Consortium of Investigative Journalists identified thousands of the world’s super-rich who have hidden trillions of dollars in tax havens such as the British Virgin Islands.

In the wake of the expose, I was asked to discuss the social cost of tax havens on Voice of Russia radio.

It is a travesty that the government is freezing wages, cutting benefits and raising taxes for Britain’s most vulnerable people who can’t hide their money in tropical islands halfway across the world, while Earth’s richest dodge the taxes they owe.