There comes a time in every man’s life when two of his most dearly held positions come into conflict with one another and he finds himself questioning what he had hitherto believed sacred.

For as long as I can remember, I have held firm to the simple, but undeniable truth that people who write in to complain about things are tragic individuals who need to go away and rethink their lives so that they can find a way to contribute more meaningfully to society.

I’m thinking here about the 250 little racists who complained to the BBC because for the first time in its history it aired an episode of EastEnders featuring only black actors. I suspect these people have no knowledge of the real east end of London, else they would be writing to the council every day to complain about the number of black people on the streets. Then again, given the presence of ethnic minority people on television is seemingly so offensive to the Racist250, they probably do exactly that.

I’m also thinking of the 160 people who jumped on a Daily Mail bandwagon this month to complain about Jack Whitehall’s sexually-tinged joke about Prince Phillip and the Queen, which could not have been offensive to anyone but the two people in question who are rich enough and powerful enough to look after themselves. So Whitehall is posh, so he’s rude, so what? There are bigger problems in the world which need solving.

Problems like Julie Burchill. Why this vile disgrace to journalism and the human race is allowed to write anything more than her own name in crayon is a wonder to me, let alone churn out her moronic, prejudiced, hate-filled bile in such a bastion of the intelligent liberal British press as the Observer. 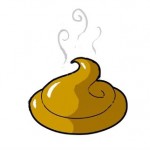 That I dislike Burchill’s writing is no secret. But what really irks me is that she forced me to rethink my attitude towards complaining when, in one of her most outrageous “articles” (by which I mean puddles of vomit) to date, she came out against transsexuals, calling them “screaming mimis”, “bed-wetters in bad wigs” and “dicks in chicks’ clothing”.

What began as a defence of her friend Suzanne Moore who had come under Twitter-fire for saying that women were expected to look “like Brazilian transsexuals”, turned into a personal vendetta against one of the world’s most victimised minorities.

Burchill is no stranger to controversial remarks, she has built an entire career on attempting to upset middle class liberals by writing things that offend them in their favourite papers. But her vitriolic attack on transexuals seems so bafflingly hate-filled and destructively intolerant that I found myself forced to break my own rule by co-signing a letter to the Observer and the Press Complaints Commission with Big Brother winner Luke Anderson.

It’s the 21st Century. Some people are born into a gender they don’t identify with. Get over it.  Julie Burchill is a dinosaur, a fossil, and I hope she crawls back under whatever rock she came from.