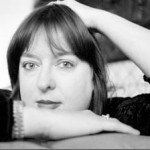 Earlier today I posted about a despicable transphobic rant spewed forth by the rent-an-inciteful-opinion pen of the incomparably awful Julie Burchill in yesterday’s Observer.

Because this story seemed to be going out of its way to victimise an already vulnerable minority I felt compelled to write in complaint. So too did thousands of others, including MPs such as Lynne Featherstone who rightly called for Burchill to be sacked.

Much as it makes me feel like a mini Mary Whitehouse, I’m pleased to see that this popular outpouring of outrage has paid off and the Observer has apologised for its misjudgement in publishing such a blatantly prejudiced article.

We have decided to withdraw from publication the Julie Burchill comment piece ‘Transsexuals should cut it out’. The piece was an attempt to explore contentious issues within what had become a highly-charged debate. The Observer is a paper which prides itself on ventilating difficult debates and airing challenging views. On this occasion we got it wrong and in light of the hurt and offence caused I apologise and have made the decision to withdraw the piece.

I’m not sure what contentious issues the piece was attempting to explore unless we really still have to debate a person’s fundamental right to do as they wish (including change their gender) as long as it harms no one else.

Nevertheless, Mulholland’s contrition is to be welcomed. Now I would call on him to demand an apology from Burchill or sack her. It would be no great loss to his great paper, and she would continue to enjoy a flourishing career in the right-wing tabloids where her bile belongs.