Len McCluskey is right to threaten Miliband with disaffiliation from Labour 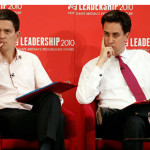 Len McCluskey, General Secretary of Unite, has given the strongest indication yet that his union may consider disaffiliating from Labour.

At this stage, it’s not much more than a shot across Miliband’s bow as McCluskey attempts to pull Labour’s lax policymaking leftwards. Unite is highly unlikely to rock the boat before the next election. But if Labour loses next year on a weak programme of “a pale shade of austerity”, then Unite may put its money where its mouth is and walk away with it.

In a sense, this move is the inevitable consequence of Miliband’s trade union reforms. What the New Labourite top dogs presumably thought would weaken the influence of the unions in the party has actually strengthened it. Now that Labour will have to compete with other parties and campaigns for union funding, it will either be forced to take on board some of the concerns trade unionists have or lose millions in funding.

McCluskey, heading up Britain’s biggest trade union, is absolutely right to flex his muscles like this. Big businesses does it all the time. Corporate lobbying and funding for the three main parties rides roughshod over democracy. If 90% of people want to bring the railways back into public ownership and 65% of people want to renationalise the energy companies, it doesn’t take a big stretch of the imagination to see why Labour is not offering such electorally popular policies.

The unions founded Labour over a century ago when they correctly realised that neither the Conservatives nor the Liberals would ever offer them the policies their members cared about – decent wages, shorter hours, better working conditions, affordable housing, an NHS. That same political vacuum exists today.

Time after time, the once and never “Red Ed” goes out of his way to prove just how right-wing he is. He’s signed up to Conservative spending plans, he’s backed the welfare cap, he’s supported workfare and he’s backed the mantra of austerity. It’s little wonder the unions are getting anxious about Labour’s rightward drift.

I’m not a Labour member, I never have been. The first election I could vote in was 2005, shortly after Tony Blair took the country to war in Iraq on a lie – there was no way I could hold my nose and vote Labour. I had hopes for Miliband, not high, but I had them. Here was someone who was at least making the right noises towards the left. He seemed to get the unions, unlike Blair. Like most of the country, he thought Iraq was a terrible idea.

But Miliband has failed to deliver a coherent opposition to Tory policies. Labour was 12 points ahead in the polls early last year when it was briefly coming out with strong policies to help hard up people such as reintroducing the 10p tax rate funded by a mansion tax. But after a year of limp centre-right policies barely distinguishable from the government’s, its lead has shrunk to one point.

I continue to believe a Labour government would be preferably – if only mildly – to a Conservative one. But who can blame McCluskey for surveying the field and finding his man sorely wanting?

If Labour loses the next election and Unite cuts its ties with Labour, it will be a devastating blow for the party once founded as the party of the unions. But it is no longer that party and democracy abhors a vacuum.