Oxbridge is being unfairly attacked for institutional bias against ethnic minorities 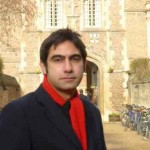 This article was originally written for Liberal Conspiracy.

Every few months, newspapers decide to have a pop at Oxford and Cambridge for institutionally discriminating against a particular section of society that isn’t white, male and public school educated.

This time it’s the turn of the Guardian to criticise Oxford University, presenting statistics obtained under a freedom on information request that reveal that white applicants are up to twice as likely to get a place as applicants from ethnic minority backgrounds. No article attacking one of these ancient institutions would be truly balanced without attacking the other, of course, so Cambridge comes under fire for older statistics suggesting a similar pattern.

Having been to Cambridge, I can say anecdotally that ethnic minority students certainly were underrepresented there. My brown face – despite the ludicrously long hair sitting on top of it at the time – was duly splashed on the front cover of the college prospectus presumably to present a facade of a diversity that didn’t really exist.

But the statistics presented by the Guardian are misleading in that while they suggest correlation, they fall far short of proving the kind of causation asserted by the article.

The real problem lies much further down the line, with the schooling system and with wider society.

Every now and again stories will emerge about a straight-A student complaining that Oxford or Cambridge didn’t offer them a place. The trouble is, almost everyone applying to Oxbridge is a straight-A student, so much of the final selection comes down to performance at an often gruelling interview.

Public school students tend to be prepped far in advance for these interviews. They know what to expect, what to read around, how to act and most importantly how to project a confidence that will come across well in an educational environment based on supervisions and tutorials which favour the bold.

Students at many state schools, particularly ones in deprived areas that are less likely to attract teachers who were educated at Oxbridge themselves and know the system, cannot provide the same level of silver spoon-fed service. I was lucky in that the head of Sixth Form at my state comprehensive had been to Cambridge and could give me a punishingly realistic mock interview, as could my Oxford educated father. I suspect that’s not the norm.

The statistics are a sad reflection not on Oxbridge, but on wider society. Oxford and Cambridge can do all they like to encourage more students from ethnic minority, working class and state school backgrounds to apply, but unless inequalities much lower down the chain in the education system and in society are tackled, the problem is not going to go away.