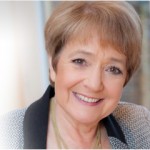 This article was originally written for International Tax Review

Someone on Twitter asked how people would sum up this week’s PAC hearing on tax avoidance in three words. Tongue in cheek, I replied: “Good versus evil”.

The point is that this is a polarised debate on a moral question and despite the grey area tax avoidance occupies between legitimate planning and illegal avoidance, both sides came at it with black and white views. Supporters of the PAC‘s pugnacious approach and those of the Big 4 accountancy firms brought firmly held preconceptions into the room and left with exactly the same ideas.

It is worth noting that PwC’s Kevin Nicholson, KPMG’s Jane McCormick, Ernst & Young’s John Dixon and Deloitte’s Bill Dodwell performed considerably better under Hodge’s aggressive questioning than Google, Amazon and Starbucks did, as you would expect. It is their job to deal with difficult questions of tax structuring. But their answers showed just how far the debate around tax avoidance has moved on and the gulf that now exists between tax advisers and the public.

Hodge seemed less interested in what the firms had to say and more interested in voicing the concerns of an outraged electorate in whose eyes the firms and their clients have a reputational problem.

The inability of the Big 4 to answer how much tax they saved their clients in return for paying their fees could not have looked good. The same could be said about their vagueness concerning their offices in tax havens. It will only add to the public’s idea that no genuine commercial activity takes place on these tropical islands.

At one point Dodwell brushed over the issue of VAT avoidance by big online retailers such as Amazon by saying that low value consignment relief (LVCR) was abolished last year. In doing so, he failed to address an increasing body of evidence which suggests companies are getting around the UK government’s removal of LVCR on Channel Islands mail order by shipping via Belgium.

The firms agreed that greater transparency is necessary, but it was clear that their idea of transparency differed greatly from the PAC’s. Dodwell explicitly rejected the idea of country-by-country reporting (CBCR) because it would be “too costly”, but if the Big 4 want to win this argument they will have to explain in clear terms how CBCR would be any more costly when companies will already be collecting this information. Otherwise it looks to a suspicious public as though corporates are only opposed to CBCR because they want to avoid taxes.

Advisers are right to point out that tax is complex. But it is not the public’s lack of understanding that has led to popular anger. Quite the opposite. The public has become aware of how the global tax system operates and it does not like it.

The problem is that the closed circles of the accountancy world, among which minimising clients’ tax bills is an unquestioned good, is isolated from public opinion, which has concluded that big corporations dodging taxes while services are cut is very much a bad thing.

That the two sides occupy two different worlds was apparent at the hearing.

At the end, Hodge asked a question which she said was rhetorical. But in a way, the entire hearing was rhetorical. For corporations and their advisers to restore their reputation, and for governments to design better laws, both sides will need to begin a more open and cooperative dialogue and work together to answer the question of what constitutes a fair share of tax and what requirements the spirit of the law places on companies.