IF campaign reaches out to businesses to tackle tax avoidance

This article was originally written for International Tax Review 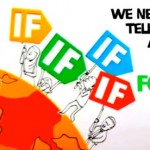 With the UK chairing the G8 this year, more than 100 charities have come together under the banner of the IF campaign, whose basic premise is that there is enough food in the world for everyone if certain conditions, including ending tax avoidance and increasing financial transparency, are met. Katharine Teague, senior private sector adviser at Christian Aid, one of the main organisations behind the campaign, tells Salman Shaheen how it is reaching out to businesses.

International Tax Review: One of IF’s key objectives is stopping big companies dodging taxes in poor countries. How are you reaching out to multinationals to come on board with this message?

Katharine Teague: The IF campaign’s approach to multinationals is to seek to engage positively and collaboratively with multinationals, and one of the key areas will be on the tax and transparency agenda.

During the IF campaign there will be increased focus on tax and transparency – it is vital that the campaign enables the opportunities for non-governmental organisations, business and chief strategy officers to come together to support the government to push this agenda at the G8 and make changes in tax legislation so that developing countries can raise enough money for public finance to combat hunger.

The IF campaign will be hosting a Business Breakfast to inform and discuss with multinationals the opportunities on February 5.

ITR: Have you seen much enthusiasm from companies to engage with your goals on tax and transparency?

KT: The IF campaign was launched on January 23 and so it is still very early days for companies to have fully engaged, however we expect to gain more support as the campaign continues. Your readers are welcome to get in touch to find out more: kteague@christian-aid.org

ITR: What do you think will be the greatest challenge in bringing companies on board with IF’s tax message?

KT: Change is always difficult and IF, along with the wider tax justice movement, are calling for a fundamental change from a world in which financial secrecy is the norm to one in which everyone expects companies, tax havens and governments to be far more open. So our greatest challenge will probably be to explain and prove that such change is both practically possible and highly desirable. What’s more, we will have to do this in the face of opposition from some powerful companies and individuals who are pushing to maintain the status quo.

ITR: Almost daily tax scandals are damaging companies’ reputations. Do you think this might encourage them to support IF’s tax goals?

KT: On balance the daily scandals are having a catalytic effect, in the first instance tax is shooting up the agenda of businesses, governments and society across the world not just in the UK. Secondly it is evident that multinationals that take responsibly and sustainability seriously are looking to get their houses are in order and enter the debate to add balance to the agenda.

The IF campaign would welcome businesses that would like to join us in promoting the changes we are seeking.

ITR: If IF’s goals on tax avoidance are realised, what impact would this have on developing countries?

KT: The achievement of the IF campaign’s two tax goals would generate billions of dollars more every year for developing country governments across the world.

It is difficult to quantify the effect of future reforms aimed at tackling a problem whose true size is itself unknown. However, to give just one example, the Zambian government estimated last November that it loses some $1.5 billion to $2 billion a year to corporate tax avoidance. Of course, the government must then use the money wisely, for people living in poverty to benefit, but transparency encourages governments to make good spending decisions.