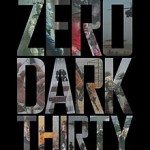 I watched Zero Dark Thirty last night with increasing unease and disgust. And not just because of the brutal torture scenes.

My real problem with this Oscar and Golden Globe nominated “historical drama”, which has won near-universal critical acclaim, is that it is essentially little more than a cheap revenge flick that has pulled the wool over the audience’s eyes as easily as its heroes pulled sacks over terrorists’ heads. Kill Bill Laden, if you will.

Take, for example, the precise timeframe, leading from 9/11 to the killing of the man behind it, providing viewers with a sense of cathartic closure and the feeling of righteous retribution and justice which underpins the likes of Tarantino’s Kill Bill.

Real life doesn’t fit such cherry-picked periods: it contains crucial context, such as America’s support for the Israeli occupation of Palestine and its stationing of troops in Saudi Arabia, key factors which led to al Qaeda flying planes into the Twin Towers.

And even within this select timeframe, vast swathes of vital political context are missing. There are numerous instances where attacks against Americans and their allies are shown to build sympathy with characters who do some pretty evil things like waterboarding a man and locking him in a box till he talks. But there is no coverage of the atrocities committed by the American government. The 7/7 London bombings are dutifully represented, but the Iraq war, which led Mohammad Sidique Khan and his gang of zealots to blow themselves and 52 innocent civilians up is entirely absent. But then that war was built on the same inhuman lie as Zero Dark Thirty: that the ends justify the means even if the ends have little grounding in fact.

Then there’s a moment in the film when a CIA man goes on a rant that al Qaeda has murdered 3,000 Americans while “we have done nothing!” So more than a million civilians killed in Iraq and Afghanistan, rendition, torture and drone strikes are nothing? All this is conveniently left out because it would weaken the simplistic message: that America has been wronged and it must have revenge.

The face of America

That core message is distilled in one annoying woman. The protagonist, Jessica Chastain’s Maya, is essentially America – consumed with anger, hell-bent on a personal vendetta, blind to the bigger picture, willing to do anything and everything to kill bin Laden. All this comes at the barely mentioned expense of preventing much more immediate threats to America than one man who by 2011 was fairly irrelevant in the grand scheme of the world’s multitude of amorphous, disjunctive terrorist networks.

And then of course there’s the casual treatment of CIA’s “enhanced interrogation techniques” that gives the misleading impression that torture is an effective means of providing reliable information. The morality of these methods is not really questioned beyond a single line about “seeing too many cocks” from Jason Clarke’s brilliantly chilling goodbad cop Dan, ultimately leading the viewer to conclude that torture, while a messy business and not all that nice, is necessary in the end because it directly led to killing Osama bin Laden.

Like most sane people in the world, I welcomed the news that bin Laden was no more. But I did not for a moment think that his death would bring about any closure to this bloody chapter of modern history, that it would end the dual crimes of terrorism and imperialism, or dent the equally odious ideologies of political Islam and neoconservatism. To do so would be to adopt a worldview as blinkered as Zero Dark Thirty.