What has the EU ever done for US? The Working Time Directive

It’s a bit of a cliché to fall back on the Bible of Monty Python if you’re a lefty, but when you’re dealing with something as timeless as Life of Brian, it’s no surprise there are parallels more than 30 years on.

When John Cleese’s militant cries “but apart from better sanitation and medicine and education and irrigation and public health and roads and a freshwater system and baths and public order… what have the Romans done for us?” – its easy to note similarities with the anti-EU feeling brewing among sections of the left.

Quite clearly, those socialists who stand opposed to the EU’s neoliberal tendencies and its democratic deficit have a valid point. But let’s not throw the baby out with the Roman bathwater.

The EU has brought a number of key advances for British workers, which David Cameron would dispose of at the first opportunity should the Tories get their way and repatriate all the wrong powers.

Chief among these, as the TUC quite clearly show, is the Working Time Directive.

At least one day off a week, 20 minutes break if you work more than six hours, four weeks paid holiday a year, 11 hours rest from work each day and not having to work more than 48 hours a week if you don’t want to: all rights we take for granted, all under threat if Britain pulls out of the EU or out of this Directive.

As if there were every any doubt, the Conservatives have shown their colours in their approach to the crisis, making the poor pay for it by freezing their wages, raising their taxes and rolling back their rights, while giving handouts to the rich who got us in this mess in the first place. We are not all in this together.

The left is right to call for some powers to be repatriated. But be under no illusions: this government will not repatriate the powers you want, it will not make Britain a fairer, more democratic society; it will make life even worse for the working class. 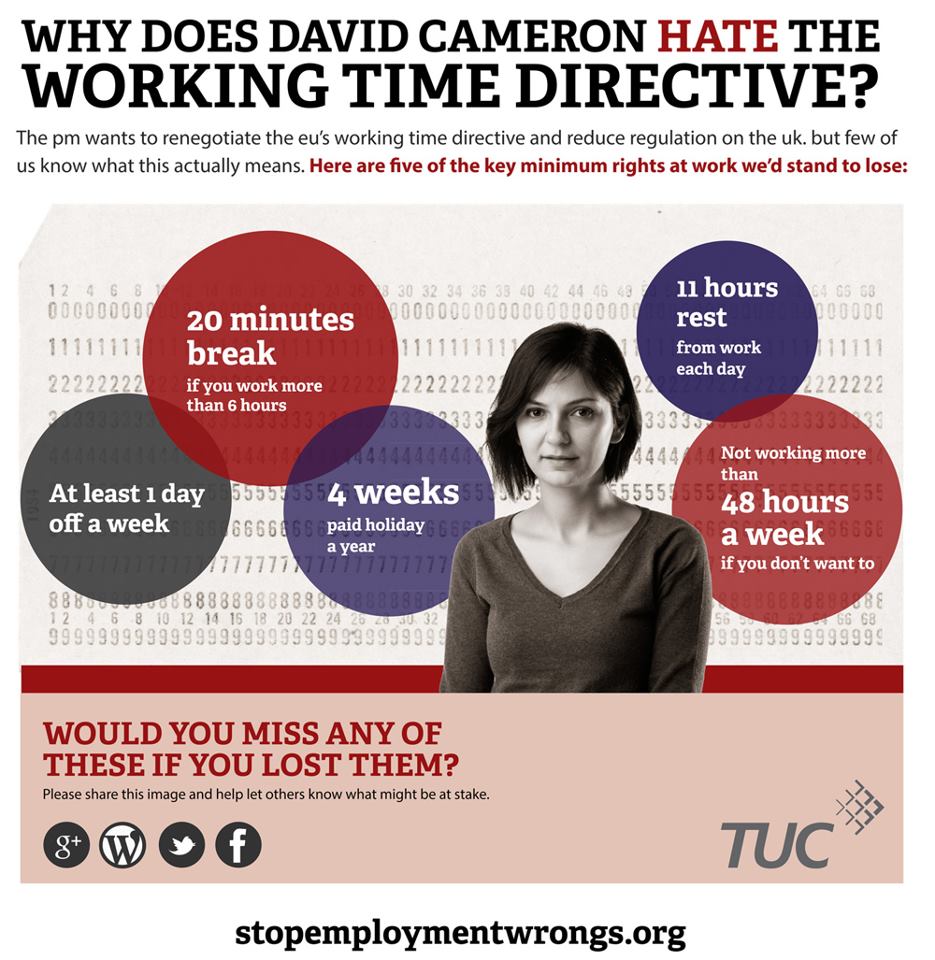