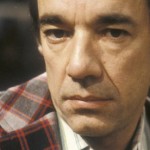 I was saddened to hear that Roger Lloyd-Pack passed away today.

To most people he was Trigger from Only Fools and Horses. But he was also a committed left-wing campaigner, standing up for vital causes even in his last months.

I never met him in person, but I was proud to have worked with him over email to help build awareness of Left Unity, in which he took a great deal of interest.

In August last year, he agreed to sign a letter I wrote to the Guardian criticising Ed Miliband’s decision to adopt Conservative spending plans and calling for a new party of the left. It’s fair to say that his signature gave a significant boost to Left Unity’s media campaign. But it also served to hammer home the message to Miliband that he could no longer afford to ignore the bedroom tax as an issue affecting some of the poorest and most vulnerable people in the country. Just over a month later, Miliband finally pledged to repeal the bedroom tax if Labour is elected in 2015. Thank you Roger.

The left has lost far too many heroes in the last year. Roger Lloyd-Pack will be missed with the best of them.