Britain has placed tax avoidance at the centre of the global agenda as it prepares to host the G8 summit in June.

But despite the headlines generated by high profile cases such as Google, Amazon and Starbucks, tax avoidance is not just an issue for the UK and the other wealthy nations of the G8.

The IF Campaign against global hunger – which is backed by all major anti-poverty NGOs in the UK – is hosting a debate on May 7 which will examine the impact of tax avoidance in the developing world and the role British government policy can play in tackling it.

The public debate will be held at St Martin-in-the-Fields, Trafalgar Square. Doors will open at 7pm for a 7.30pm start. 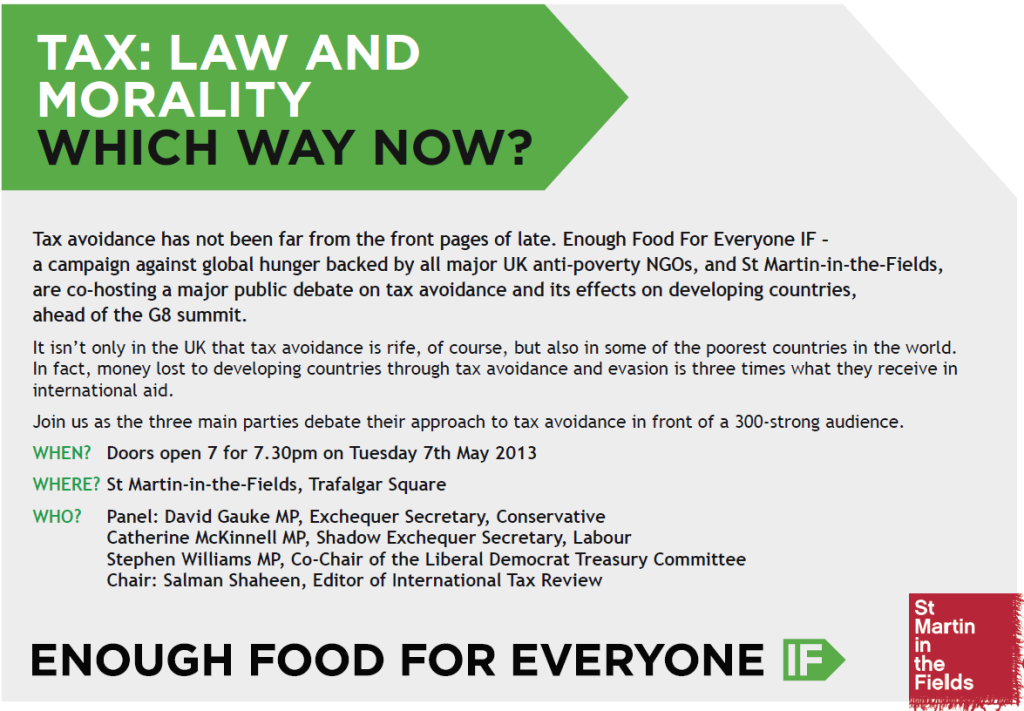 One thought on “Tax: Law and morality – which way now?”