The debate threw up a lot of interesting questions around tax and transparency and Britain’s crucial role in reforming the international financial system to help the developing world. The UK’s role is central not only because it is chairing the G8 next month, but because 1 in 5 of the world’s tax havens are British Overseas Territories or Crown Dependencies.

People in this country are angry in the wake of revelations about Google, Amazon and Starbucks because, in an age of austerity, they see the companies getting all the breaks, while they are suffering the cuts.

David Cameron has promised to put tax avoidance at the heart of next month’s G8 summit. But tax avoidance is not just an issue for these rich nations. With estimates revealing developing countries lose three times as much through tax avoidance as they receive in aid, imagine how much more crucial the issue is for countries with millions living below the poverty line.

The inability of countries to be able to rely on stable tax revenues impacts on basic services we take for granted such as healthcare and education and is a major contributory factor to global hunger.

It was good to hear Gauke announce that the government will help Ethiopia and Tanzania to build their tax-raising powers. A lack of capacity to collect taxes due is certainly a problem for developing countries.

But the issue is much bigger than capacity building and without doubt the MP to recognise this most strongly was McKinnell who, if Labour win the next election as all indicators suggest is likely, may well become the next minister in charge of Britain’s tax policy.

Pointing out that aggressive tax avoidance is harming the self-reliance of developing countries and noting that if the corporate tax gap is closed, this alone will save the lives of 230 children every day, McKinnell came firmly on board with the IF Campaign’s demands.

McKinnell called for country-by-country reporting to show the taxes paid and profits made by multinational corporations in each jurisdiction in which they operate, which is a vital step forward to ensure artificial schemes and abusive practices are quickly identified.

Gauke was guarded on the specifics of what would be discussed at the G8. And the experience of the IF Campaign’s predecessor, Make Poverty History, shows that campaigners are unlikely to get everything they hope for. But if the G8 does not push for country-by-country reporting, automatic information exchange, and the dismantling of the world’s network of tax havens, it is essential that anti-poverty activists take this agenda further. 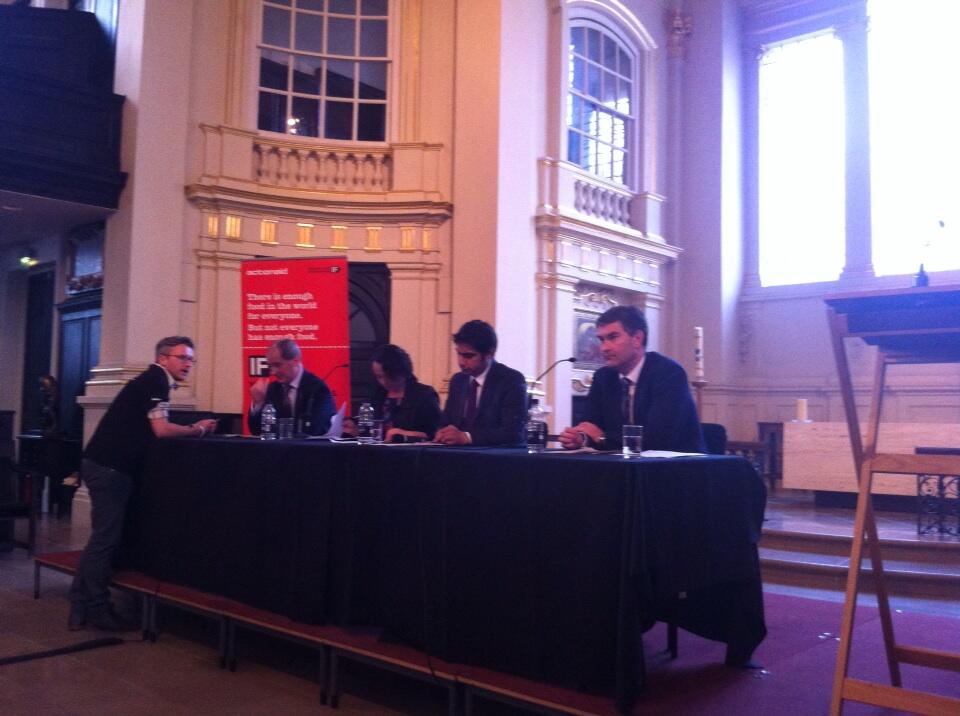