Osborne must turn warm words into action on tax avoidance 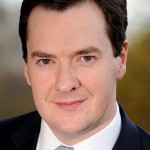 This article was originally written for the New Statesman.

George Osborne’s article in the Observer following the G20 meeting of Finance Ministers in Moscow at the weekend provides the first sign that Britain is finally ready to tackle tax avoidance and help reform an international tax system that is almost a century out of date. But the Chancellor will have to go much further than these warm words alone if he is serious about clawing back the money multinationals are avoiding paying in the UK, and helping developing economies move from aid to a more sustainable form of growth.

Osborne is bang on the tax-free money when he identifies the problem as a systemic one. The international tax system was designed, after all, for the nation state in the days before globalisation. But tax avoidance occupies a space between laws. It is not so much that it is legal, as companies practising these aggressive schemes claim in their defence, but that the laws as they exist are inadequate to cover it.

The result is the press is left picking over the PR disasters of Google, Amazon, Starbucks and most recently Associated British Foods, while a cash-strapped Britain finds itself with a tax gap of (according to Richard Murphy of Tax Research) £123 billion. In an era of austerity, public mistrust of corporates and government and increased risk for companies increasingly coming under challenge for structures they’ve employed for decades, no one wins from a system that promotes uncertainty and an unlevel playing field.

On this, the Chancellor is absolutely right. The trouble is the actions he has lined up to back these necessary words will make little more than a dent in the tax avoidance industry. If the problem is systemic, as he identifies, then it can’t be solved by tinkering around the edges, only wholesale reform.

For one, he trumpets the General Anti-Abuse Rule (GAAR) he is introducing, essentially a net allowing HMRC to challenge artificial and abusive tax avoidance schemes which, because they are often complex or novel, could not have been contemplated directly when formulating the tax legislation.

But as Michael Meacher – who is pushing for a much stronger version of the GAAR in Parliament – told me, the government’s proposal will only catch the most egregious schemes, letting the rest slip through.

“The real purpose of the GAAR is not to counter tax avoidance, but to narrow its definition, making everything else ethically and technically acceptable because it is outside that narrow remit,” Meacher said.

Secondly, Osborne points to Britain’s push in the EU and in the Extractive Industries Transparency Initiative for limited forms of country-by-country reporting to provide greater transparency in the oil, gas and mining sectors.

This is a vital first step. But if Osborne is serious about tax transparency, he must now make the case for a much more robust form of country-by-country reporting whereby every large multinational corporation in every sector would be required to publish in their annual audited financial statements a country consolidated profit and loss account, limited balance sheet and cash flow data on tax paid for every jurisdiction where they have a permanent establishment for tax.

Finally, Osborne backs an OECD report to the G20 on base erosion and profit shifting. This is to be welcomed and much will depend on the outcome of the action plan that is put to the G8 in July.

But Osborne must recognise that merely tinkering with the transfer pricing system, whose weaknesses have left the UK and developing countries alike open to multinational corporations shifting their profits into tax havens, is not enough. Osborne should be pushing for serious examination of a system of unitary taxation, under which companies would submit a global consolidated account in each country in which they are present, then apportion the global profits among these countries by a formula reflecting the genuine economic activity of the company in each jurisdiction.

Only through these measures can the problem of tax avoidance be seriously tackled. Osborne’s words are warm and welcome, but they are just the first step. Now the world will be watching as Britain prepares to host the G8. The Chancellor’s task is not to falter or miss this historic opportunity.