The drudgery of revolution 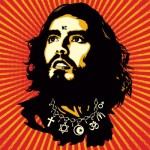 When Russell Brand called for revolution last month it struck a chord with hundreds of thousands of British people. Not simply because a long-haired dandy known for his tight leather trousers and desire to defile the granddaughter of Manuel from Fawlty Towers surprised us with his eloquence and political passion to  trounce a tired Jeremy Paxman. But because it is easy to see that the political system is corrupt, unfair, dull and disenfranchising; that the millions deserve better than the millionaires are giving them.

Far from jumping on the Brandwagon, I’ve been thinking about this for a long time. When the chance came earlier this year to help found a new left-wing political party with Ken Loach to shake up a political system in paralysis, I knew it was worth a shot. But as I’ve learned over the past year, saying you want a revolution is the easy part. We all want to change the world, it’s just bloody hard work.

Left Unity is a response to the Tory-Lib Dem government’s austerity programme, which has had a devastating impact on Britain’s most vulnerable people, and Labour’s acceptance of its core tenets. It is an attempt to found a new political party and fill a void vacated by mainstream politics, to provide the poor and the marginalised with a voice they’ve long been denied. While the work of producing a detailed manifesto through a series of open, democratic policy commissions is still going on, and will not be complete until next year, on November 30 Left Unity will be born as a socialist, environmentalist, feminist party that campaigns against inequality and discrimination.

As a journalist elected onto Left Unity’s National Coordinating Group in May, my job is to expand the proto-party’s press coverage in the run-up to November’s founding conference. Being the unpaid Malcolm Tucker of Left Unity was a daunting prospect. Partly because I had never been a press officer before – I had far more experience receiving press releases than sending them; partly because I feared the more partisan my writing became the more my journalistic independence would slip away; but mainly because I couldn’t imagine the mainstream mass media would give a damn about another bunch of lefties shouting out the answer to all the world’s problems.

I was wrong. Perhaps starved so long of a serious voice to the left of Labour, perhaps tired of continually trotting out the consistently brilliant but now ubiquitous Owen Jones in response to every Tory assault on the working classes, the mainstream media has been incredibly welcoming to Left Unity. Over the past few months, I’ve written pieces for the Guardian, New Statesman and Huffington Post, I’ve gone up against Dan Hodges on Sky News, appeared on RT News and Voice of Russia, had a letter in the Evening Standard, been interviewed by the Guardian’s John Harris and insulted by the Telegraph’s Toby Young and done three rounds with LBC’s Iain Dale, emerging looking  more bruised than Stuart Holmes, all in the name of Left Unity. Our biggest boost came after Ken Loach, Roger Lloyd-Pack, Michael Rosen and a number of other well-known left-wingers all signed a letter to the Guardian calling for a new party of the left. You can be as radical as you like, but having celebrities on your side always helps.

Many on the far-left have traditionally been sceptical of the mainstream media and its right-wing bias, preferring to produce their own papers and sell them on high street stalls than engage with journalists. But moonlighting as a press officer has taught me that the media is not the enemy, it’s an invaluable ally if approached correctly.

But the relative friendliness of the mass media in its approach to a new left-wing party could not have prepared me for the hostility that lurked below the line. Journalists generally make a point of avoiding the comments threads on many news sites, where often fester the rabidly right-wing, the loudly ill-informed, the worst prejudices of people with too much time on their hands and too little capacity to be civil. But when you’re sticking your head above the parapet to offer a view, engaging with your critics is unavoidable.

The far-right trolls are par for the course and the easiest to tackle, but racist comments still sting when people make assumptions about your opinions based on the name in the byline or the colour of your headshot’s skin.  The Thatcherites will never be convinced, but at least they provide genuine debate, a real choice between two contrasting views. The main challenge, however, is the left itself.

While many have become enthusiastic supporters of Left Unity, a great deal of socialists also stand vocally opposed. Left opposition to the project tends to fall into two categories. On the one hand, there are people who agree with everything Left Unity stands for, but think launching a successful party to the left of Labour is simply not viable under first-past-the-post. On the other hand, there are those who are sympathetic to its ideas but are worried, conversely, that the party will actually be successful enough to split the left vote and hand victory to the Tories. Both groups tend to default towards working within Labour for change – a task as difficult as trying to work without Labour. Ultimately these are the people a new party of the left will need to convince if it is ever to become a serious force. And although it’s time-consuming, painstaking and often thankless to engage with every one, it has taught me that what goes on below the line is every bit as important as what is written above it.

The greatest hurdle to founding a new party of the left, though, is not the mainstream media, not hordes of right-wing trolls, not ardent Thatcherites or well-meaning Labour voters. It’s getting your own supporters – who all have their own well thought-through vision of the party and the brave new world it will build – to unite around a common set of principles. Left Unity is currently in the midst of a debate, which will be settled on November 30, over how radical its aims and how broad its appeal will be. Ensuring all these views are heard fairly and debated fully with enough time for everyone to speak on the day as the party votes on its constitution will be the key to a successful inclusive launch. The worst thing that could happen, before the eyes of the media in attendance, would be to start with a split.

And all this before we’ve even stood a single candidate in an election, where the usual difficulties of funding, exposure and the electoral system will be steep hills to climb. Not least getting out there and genuinely making a difference to people’s lives, which, after all, is what all this is about.

Naively, as a teenager thrust into political activity by the invasion of Afghanistan and the movement against the Iraq War, I wondered why no one had set up an alternative to the Labour government that had sold us all out. Now, helping to found just such a party with so many dedicated and talented activists far more experienced at such things than me, I know the answer. But as hard work as it has been, if we are able to make a difference and shift the course of political debate in this country, I know it will have been worth it.

This article was originally written for Press Leaf

2 thoughts on “The drudgery of revolution”